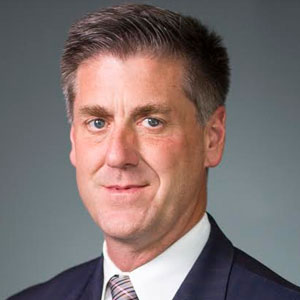 An innovative approach that combines data science and predictive analytics is helping hospitals improve operational efficiencies in their infusion centers and operating rooms.

UCHealth, a nationally-recognized system of hospitals and clinics based in Colorado, is one of the first to implement this technology to improve patients’ experiences, assist physicians and staff, and increase capacity in key areas.

Deployed in October 2015 at UCHealth’s infusion centers, the platform immediately began producing remarkable results. Patient wait times dropped by 60 percent during “rush hour” and, throughout the day, were an average of 33 percent lower. This reduction in patient wait time occurred while patient peak time visits increased by 16 percent and overall patient volumes increased by 11 percent. Furthermore, there was a 28 percent decrease in staff overtime hours in the infusion center.

Optimizing OR Schedules – Not a Simple Task

Based on the UCHealth team’s early success in its infusion centers, a team headed by Chief Operating Officer Tom Gronow focused on finding other operational uses for the platform. Just like every hospital in the country, UCHealth’s operating rooms are one of its most valuable assets. By extrapolating the results UCHealth achieved in its infusion centers to its OR operations, Gronow and team quickly realized that a one percent improvement in utilization for just one of its operating rooms could make a meaningful contribution to the hospital’s bottom line. Since UCHealth’s 38 operating rooms are constantly working to unlock capacity, reduce patient wait time and optimize surgery team time, the decision to apply the platform to build smarter schedules and improve the process of requesting and releasing surgery blocks (the chunks of time given to each surgeon for operations) showed the most promise. Allocating OR blocks necessitate fitting surgery times to the correct block length—this is to ensure that a two-hour operation is not given a four-hour block—as well as allocating blocks among the numerous ORs, reducing surgery start-time delays and reducing room turnover time. This task is complicated by a host of other variables, including surgeon preferences and surgeries that go over or under the predicted amount of time.

Ashley Walsh, UCHealth’s perioperative business manager, is responsible for reporting OR utilization and says that “(UCHealth) gets our data from a host of different sources,” including electronic health records and data in Epic, SharePoint cubes, web-based reports from the hospital’s partners and more. “I can’t think of a better way to meet the needs of our surgeons while executing against our utilization and financial targets,” says Walsh. The software collects data from these systems, understands utilization patterns, and then suggests block schedule changes based not only on the historical data but also on sophisticated predictive algorithms to determine who to take block time away from and who to give it to in a way that meets everyone’s objectives.

Since mid-May 2016, the platform has been analyzing UCHealth’s OR data in real time. After examining the information, the technology reports on OR utilization and recommends changes to improve OR utilization and efficiency. UCHealth has also begun piloting the technology’s mobile block exchange, which enables surgeons and other administrators to schedule or release OR blocks from their mobile phones. In just a short time, this tool has facilitated almost 1,000 block releases and requests. Early results have shown that blocks requested through mobile block exchange gained a double-digit increase in utilization over other blocks. Since a 3-5 percent increase in OR utilization can be worth up to $1 million in additional annual revenue per OR, the effect has been dramatic.

Everything has happened very quickly. Already, UCHealth is starting to see how the platform—developed by Silicon Valley startup LeanTaaS—is improving operational logistics, and the health system has begun developing plans to implement it in their other hospitals, just as it has done for the infusion center version of the platform in their other treatment centers. Peter Witt, MD, an UCHealth neurosurgeon, is looking forward to putting the analytics to use, saying, “It will allow for very immediate—almost live—access to usage data related to my block time in the OR and will let me see if I am effective in using the allotted time.” As a result, OR utilization.

UCHealth expects to see the benefits of applying data science and predictive analytics to healthcare operations go beyond operating rooms and infusion centers in several areas, including ambulatory clinics, radiology, pharmacy and UCHealth’s clinical labs. According to UCHealth’s Gronow, “the right analytics resource truly epitomizes the importance of planning for tomorrow, today.”

Great Expectations: Balancing the diverse needs of a city in a...

"Discovery and Delivery" - An Approach to IT Workload Balance

How has the pandemic changed the perspective of Ed-Tech Industry?