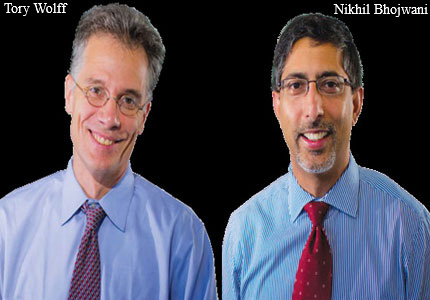 Nikhil Bhojwani, Tory Wolff Co-founders and Managing Partners
The healthcare sector is undergoing a fundamental transition to a system that rewards outcomes rather than inputs. This paradigm shift has occurred faster intellectually than is reflected in current numbers, Nikhil Bhojwani, Managing Partner at Recon Strategy, channels Amara’s law in saying that, “while healthcare leaders should not overestimate the speed of this change, neither should they underestimate its eventual impact”.

He points out that we are seeing transformative changes in the roles of traditional stakeholders including payers and providers, employers, government and consumers. CIOs are at the center of many of the implications of these changes. They need a clear strategy to make choices on the innovation side while simultaneously keeping the lights on and managing major platform and connectivity implementations–EHR/ HIE and ICD10. Bhojwani says, “Strategy is not just what you choose to do. It’s as much what you choose not to do.”

Bhojwani and his co-founder Tory Wolff started Recon in 2010 to focus on healthcare strategy after both had spent many years at the Boston Consulting Group. Uniquely, while their typical client is a large corporation, the firm sets aside 25 percent of its capacity to work with startups. Bhojwani says that this ensures his team stays in touch with cutting-edge innovation. In one recent project, a large vendor to hospitals asked Recon to evaluate the market opportunity for a technology investment. Following Recon’s work, the organization recognized that their ‘gold plated’ product strategy was misaligned with the market need and low cost disruptive innovators were going to dramatically change the economics of the business. The company changed its strategy.


In another case, a startup company hired Recon to size the market opportunity for their unstructured data analytic technology. Recon helped identify five new use-cases for their capability, quantified the value propositions for specific customer segments, and helped the client get new pilots underway with major hospital systems. This helped the client position itself for a very successful Series-A funding round. Bhojwani says, “We make it possible for early stage companies to get world class strategy consulting because of our willingness to tie our compensation to their success.” Now a year later with the pilots heading for success, Recon is working with the same startup to develop their scaling strategy.

A big competitive advantage for Recon is their ability to combine rigorous quantitative analysis with a clear logic flow and transparent assumptions. “Strategy should be sophisticated, not complicated,” says Bhojwani. On how they compete with larger firms, he points out that Recon focuses on strategy and leaves the organization restructuring and large scale execution to firms that are better configured to do those kinds of projects. Recon projects are personally executed by experienced healthcare focused Partners and Principals rather than by junior teams.

This also means that Recon analysis is focused to avoid “boiling the ocean.” The firm turns down projects that are not strategically important, says Bhojwani, “We cannot afford to have our limited capacity locked into a large meaningless project.”

With all Recon’s business coming from repeat customers or referrals, Bhojwani shares his view that customer satisfaction is not just about the CIO or CEO being happy, but how they feel months or even years later, “It is about the real impact of your work on the company and on the overall healthcare system.”

While Recon’s client base has been historically in the Northeast as well as the South and Central regions of the US they recently opened a West Coast office to better serve opportunities in that region. 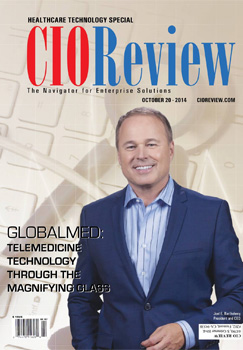